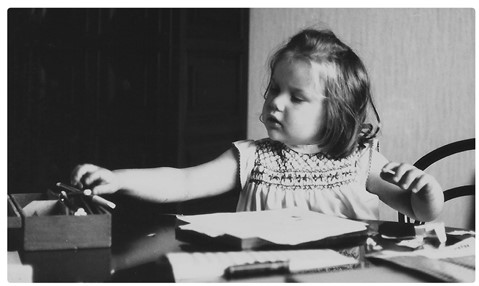 From an early age, Aunt Seline loved both writing and drawing. She often wrote short stories that she illustrated herself, and even made small illustrated summary books of the study material. In elementary school her drawings and poems often appeared in the school paper.

In high school she became editor-in-chief of the school paper. During that time, her drawing activities became less frequent.

After graduating, she has worked, among other things, for a publisher, at Leiden University, and for the Dutch government.

After the birth of her nephew Olis and niece Klio she started writing and drawing children’s books for toddlers, and discovered to her surprise that she still likes the creative process just as much as during her childhood.

In her spare time Aunt Seline likes to travel, visit (art) museums, and read European comic books. And of course she loves candy!